Showing posts from October, 2007
Show all

- October 29, 2007
This is just a post for me to jot down this idea before I forgot it. I'm currently exploring with TurboGears for a coursework project. Out of nowhere an idea came up about an application database for Fedora. Description as follow: Fedora Application Database What it is? It is a web based application which contains description, screenshots and recommendations of applications from Fedora Package Collection. Use Case Bob is looking for some softwares to help out in his business. He browsed through pirut but could not decide on which application to use as the descriptions are vague and theres no preview about it. He open up his browser and goto the Fedora AppDB and browsed through the community-contributed descriptions and guides. Bob can now find what he wants. Bob is now happy. Nice features to have Screenshots Package description Links to upstream webpages Comments/thread for the applications Leverage online-desktop's click-and-yum (not sure what it is really
1 comment
Read more

Werewolves Coming Near Us!!

It might started its invasion from here . Then it raid into here . Just recently, its existence is confirmed!! . The creature is nearing our place!!, Sources said that it might reach us sooner than we can imagine and will cause a great Lycanthropy infestation under the moon. Transforming humans and gibbons into the Fearsome Beast of Moonshine. The Werewolf . Image taken from Mairin Duffy 's post
Post a Comment
Read more

- October 21, 2007
At last, a SIG that will be working on supporting Live upgrades on Fedora. http://fedoraproject.org/wiki/SIGs/LiveUpgrade Announcement @ Fedora-Devel-List A toolbox suggestion for testers - a qemu image with a fully updated Fedora release N - a local mirror of rawhide of Fedora N + 1 while is_testing_period: make_a_copy_of_the_qemu_image() yum_liveupgrade_to_Fedora_N_+_1() report_or_fix_bugs() sleep(1day) resync_rawhide_mirror() :P looking forward for this in F9
Post a Comment
Read more

Whats New , and Whats Old - A little comparison between Ubuntu 7.10 new features with the upcoming Fedora 8 and older Fedora releases

- October 20, 2007
Ubuntu 7.10 'Gutsy Gibbon' was just released a few days ago, and Fedora 8 just hit devel-freeze yesterday. With all the hype going all over the internet, one point annoys me - when some Ubuntu users claiming that some of the new features in Ubuntu are something Fedora does not have. Now, lets bust this myth. (This list might not be complete) Ubuntu 7.10 feature list was taken from : http://www.ubuntu.com/getubuntu/releasenotes/710tour GNOME 2.20 Both Fedora 8 and Ubuntu 7.10 uses GNOME 2.20. Compiz Fusion Both Fedora 8 and Ubuntu 7.10 have Compiz 0.6.0 during its release. However, in Fedora 8, compiz will not be enabled by default , as there are several issues which still need to be fixed in Fedora's point of view, one of it is the Xv video support - patches are being developed by Red Hat developers in fixing the the X server and Xv and apply it upstream. Compiz is enabled by default in Ubuntu - with a hack patch applied in mplayer to allow Xv rendered properly o
7 comments
Read more 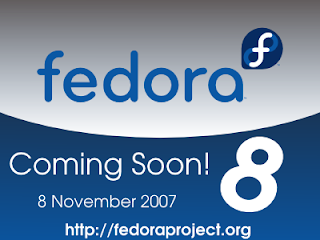