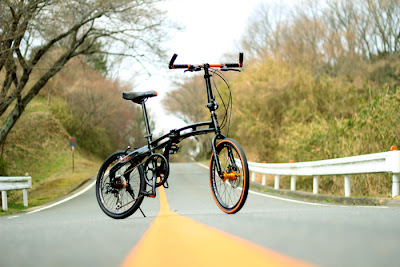 So I just got myself a new toy : a Doppelganger 211 Folding Bicycle. I've been wanting to grab a folding bike ever since I got back from HackInTheBox Amsterdam a few years ago, but due to random stuff happening regularly, I've been delaying on the plan. This is my first personal bicycle since about 10 years ago, where previously during primary school and lower secondary school, bicycle was my primary vehicle. 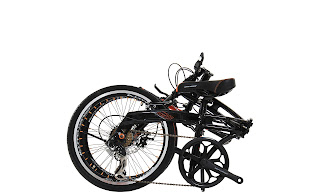 Why am I buying a folding bike?. Especially when I already have a car?. No solid reason, but there are several reasons which made it a nice-to-have:
Why a Doppelganger?

The reason I picked the brand is quite straightforward - it is not too expensive, have a decent spec, and not to forget, the design is a beauty. I bought mine for less than MYR1.5k from the people at EsyBike. The 20" wheeled bicycle is equipped with 7-speed Shimano gears, front disc brake, and detachable LED torchlight.

As I mentioned earlier, I have been without a bicycle for 10 years now, so some part of this review is mainly based on comparing with the stuff I had from back then.
In summary,  the bike have a decent performance and great design, however, it need a bit of effort to bring around when folded. But for the price, it is still pretty impressive. I hope this machine will serve me well for the days to come.

Taking preorders for "I Am Root T-Shirt"

Hi All,I'm taking pre-order for this T-shirt: "I Am Root, if you see me laughing... you'd better have a backup"Price : MYR 30Shipping...

So I guess I have been missing from posting things on this blog for over a year now ... Bunch of stuff happened in the past years .. ...