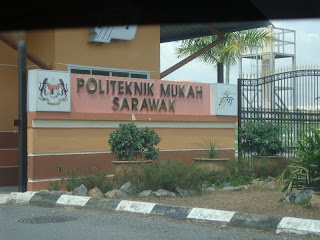 I was at Mukah, Sarawak on the last 22nd and 23rd June 2009 for a FOSS Seminar organized by a Polytechnic college there. The polytechnic invited speakers from OSCC-MAMPU and Eric (an OSCC-MAMPU staff, an OpenSuSE Ambassador, and also a contributor in Fedora-My activities) invited me to tag along with him as a speaker. The event attendees were primarily lecturers and staff from Mukah Polytechnic itself, Kuching Polytechnic, and several nearby colleges. 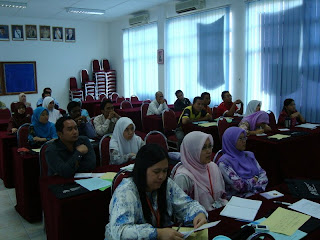 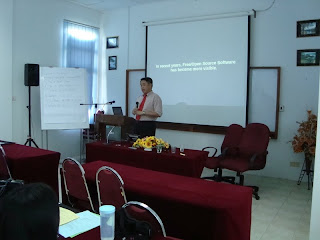 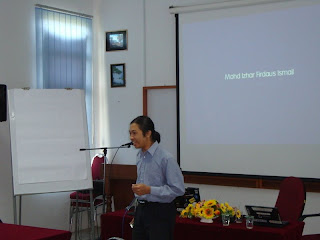 It was a 2 days event where the first day was mainly filled with talks related several FOSS topics: "What is FOSS", "Trends in FOSS world", "GNU/Linux", "Security in FOSS", "Interoperability – Making FOSS and Windows play nice", and "FOSS development tools". 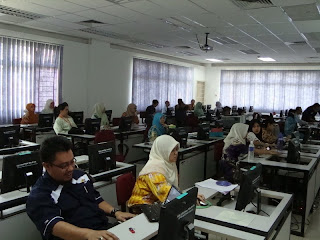 Second day workshop at the lab

The second day was an install workshop of Fedora and OpenSuSE and introduction of several GNOME features to the attendees. Me and Eric take turns on the talks and workshop. 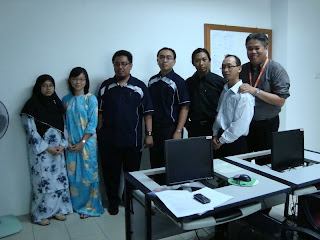 On a different note, being in Mukah town was quite like an escape from busy city to both me and Eric. Slow moving, peaceful town - something thats quite rare back in mainland Malaysia. Eric reiterate frequently that he liked the place very much.

Going to Mukah involves taking a flight on a twin-otter. It was my first time on it and it was a great experience - It was like taking a minibus above the clouds ^-^. 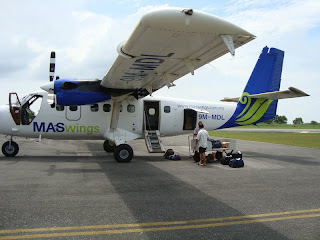 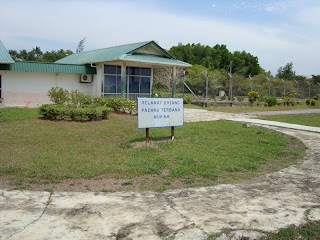 The smallest airport I've ever seen

Food there was great too, especially Umai - a local delicacy - which is a type raw fish dish served with sago and a sauce mix. Other nice foods includes: mee goreng kulat (fried noodle with edible fungus fried together) and nasi ayam penyet (plain rice served with pressed fried chicken, sambal, and raw vegetables). 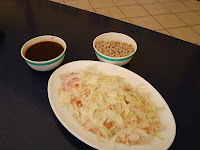 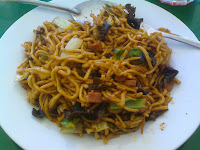 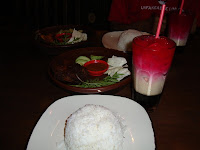 Mukah Polytechnic was also a nice place, large area, but considering currently it is their semester break, it was quite silent. The staff there, primarily Mr Zaki and Rudolf were friendly and generous to us.

I hope after this little event there will be more traction towards FOSS at that side of Malaysia, and hopefully more contributions coming from there. Teachers and lecturers are undeniable plays an important role in shaping students' mindset and skills. Hope our trip there generated interests for them to bring more students toward FOSS.

I have uploaded the slides which I created for the event (and several other past Fedora events) here : http://izhar.fedorapeople.org/presentations

Btw, pics are currently with Eric, I forgot to bring my camera. Waiting for him to transfer it to me. Will be posting some of them here once I got them.

Some pics of Mukah town 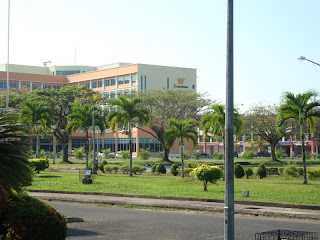 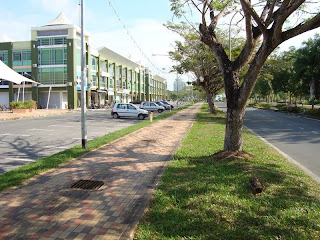 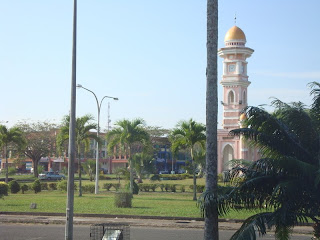 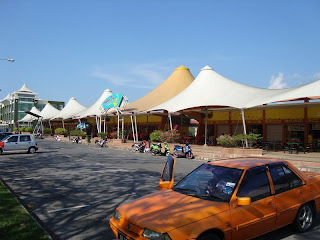 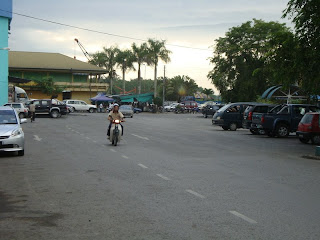 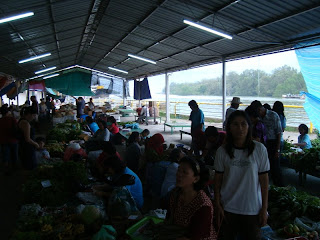