(I know, I tend to be lazy to write reports, anyway , here goes) 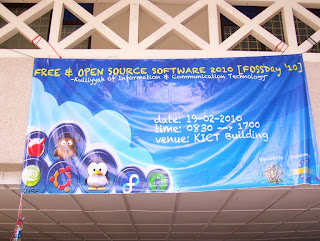 Back on 19th Feb 2010, Fedora-My was invited to IIUM FOSSDay 2010 to give some talks and to handle an installfest. Me (fas:izhar), and Snittit/Zul (fas:sniffit) , Rizal and Meng went there representing Fedora-My.

Sniffit handled the installfest, and I gave a talk based on Shakthimaan's I want 2 do project, tell me what 2 do slides and also a general FOSS talk which introduces what is Free Software and what is Open Source (slides)

Crowd for the talk was rather large, around 20-30 people, and for the installfest was, there was around 10-20 people , came and go. Bunch of Fedora 12 LiveCDs was given out to the crowd during the event, especially to the installfest attendees. 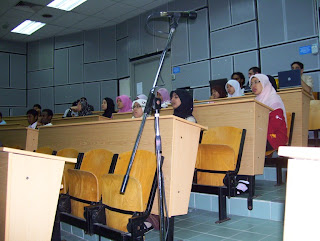 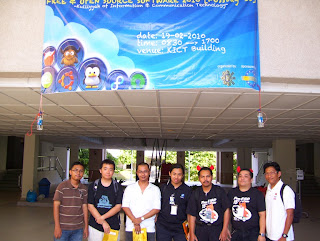 Photos of the event available in the this gallery in Fedora-My website. Credits to Rizal for the photos.