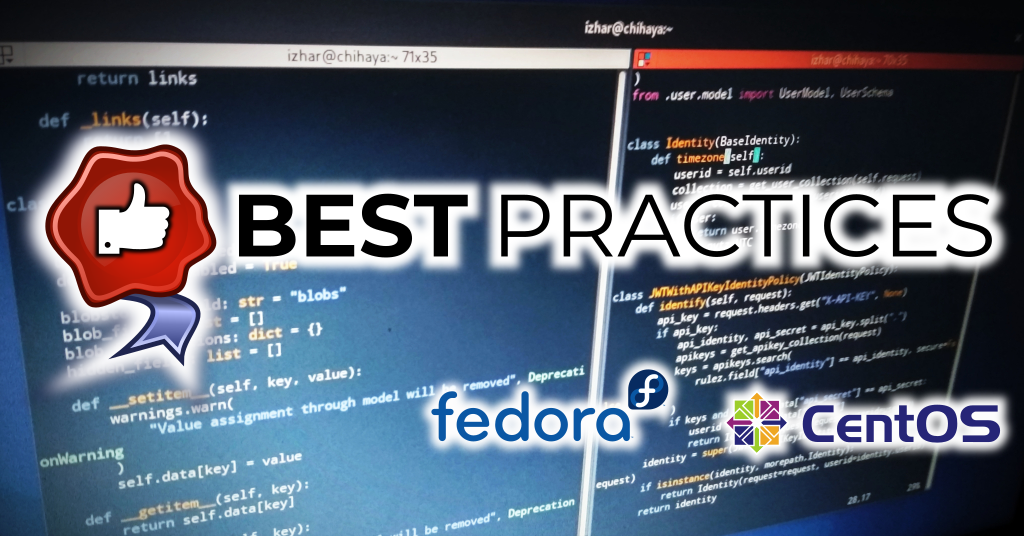 In any linux distribution, there will be multiple methods to achieve a certain goal. You might have encountered many guides out there on how to install VirtualBox on Fedora, however, please take note, many of them uses intrusive methods which can be difficult to maintain in long run, and would likely to break after a kernel update.

Everytime I caught a new team member following those guides, I tend to get annoyed, so I think I should write up the best practice method of doing this, which I have practiced on my Fedora installation for years now.

Packages governed in Fedora official repositories are subject to several legal and technical guideline. This mean, many software which are not 100% FOSS or patent-encumbered would not be available in the official repositories because they would open the sponsors of Fedora to legal liability under the laws of United States.

Many of such packages are available in RPMFusion Repositories. Unlike many 3rd party repositories out there, RPMFusion contains the highest quality packages as its contributor also consist of people who package official RPMS in Fedora, and I generally recommend any new users of Fedora to install RPMFusion, especially if they are not US residents.

To install and enable RPMFusion on Fedora, you can install the release package using following command which will install both the free and nonfree repositories:

Once you have RPMFusion installed, you can then install VirtualBox from it. VirtualBox in RPMFusion is very well maintained, would remain functional after kernel updates through an automatic kernel module builder (akmods), and generally carry the latest version of VirtualBox.

And you are done and can now launch VirtualBox from the application menu. Please take note however, VirtualBox does not go well together with libvirtd. If you have libvirtd installed, it is suggested for you to disable it using:

Hope this guide will help you in installing VirtualBox in a less intrusive and more maintainable method.

If you develop system tools or desktop software on Linux that also have an accompanying web application, you might want to have a way...

Switching to use Ruby 2.7 (or older) in Fedora 34 using DNF Modules

Fedora 34 now ships with Ruby 3.0 by default, which might be great news for Ruby developers. However, for those who might still be re...